This is a small Game Boy project. I used the themes of several game jams as a pretext to use some features I hadn't experimented with yet, such as memory banking, and music.

Source code here if you're interested (it's a mess though, I'll try and clean it later).

The Arthurian Legend is a weird myth. King Arthur never existed, but he would have lived around the year 500 or so. Yet most of the legends were written from the 12th century onward, and our collective vision of the myth involves stone castles, knights in full plate armor, and generally mid-to-late-medieval imagery. I deliberately chose this aesthetic, to be more in tone with the most popular versions of the myth.

The game has you play as King Arthur. Merlin will send you around Britain to gather 8 knights of the round table (most versions of the legends have several hundred knights, but ain't nobody got time for that).  You will learn a bit about each knight as you gather them, as well as the overall myth.

The holy grail is notably absent from the game, despite being mentionnedThis was also deliberate : as the final text box of the game suggest, most modern renditions of King Arthur's quest use the grail as a pretext to make the characters realise that any journey is more important than its destination.

The Bootleg theme was actually a huge help here, taking any pressure off of the quality expected from the game. It also inspired this short and repeating format of story telling, short music loop, as well as the popular King Arthur theme when crossed over with the HAGJ's mythology theme.

Dev note here : the world map used to be much larger, and actually have some exploration to it, but I  think I made it too big because I had memory-related issues when attempting to cram it into the game. I may have a go at it in a future update, but in the meantime, the tiny version of the map that's in the current game actually fits in better with the bootleg theme, so I don't mind it that much. I already had large-ish maps in another game anyway.

I'll be honest, I'm only submitting it to these jams because the timing and themes aligned with the ones of the previously mentionned jams.

Graphics and programming by me.

GBDK 2020 for the game boy programming in general.

It's a really solid base for a top-down adventure game that comes in the form of a mini lesson on the Knights of the Round Table. Also "Maybe the real Grail was the friends we made along the way?" gave me a good chuckle. Whether or not you push forward with this particular codebase or not, you've got the pieces together to start really building out a game here!

Thanks a lot for your feedback! I'm glad you got a good time out of it! :D

You're spot on, it is thought out as a prototype for what I could do for a larger scale game. I may have something out later this year if I can find the time for it. :) 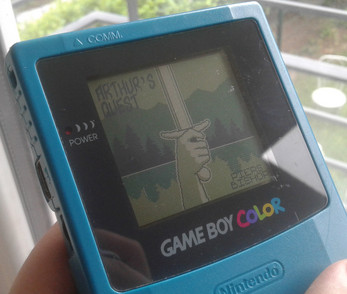 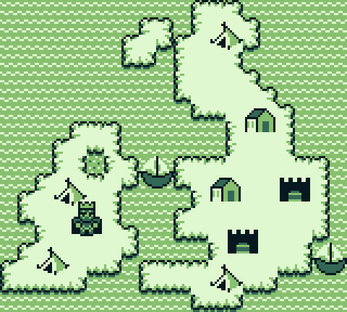 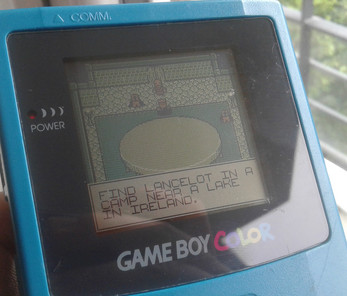 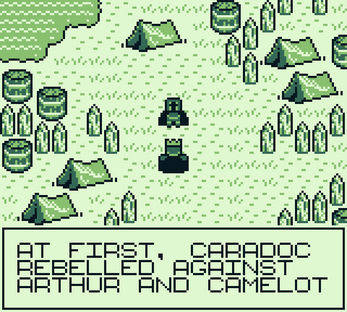